Few weeks ago, I participated in an international conference in Bali. The conference was the ASEM Life Long Learning Forum. We had a couple of days discussion on how to enable a better life long learning opportunity for adult. I had a privilege to learn and share with colleagues from most ASEAN countries, and of course other countries from Asia and Europe.

Today, I attended a corporate gathering with a main discussion about the challenges of human capital management in ASEAN countries. Another insightful discussion, and definitely reconnect me the previous conference in Bali.

This issue of human capital development has been a major issue in ASEAN, as ASEAN countries were all developing countries. Today, one of ASEAN member, Singapore, are no longer a developing country, but a develop one. Singapore’s advanced governance system and high quality human capital has been effectively drive this city-state to be the most advanced countries in the world, and so far the only ASEAN country who is able to make it. This is the late Mr. Lee Kuan Yew’s legacy.

Lee Kuan Yew’s legacy is a controversial but admirable leadership example. His firm vision and standpoint on how Singapore should transform itself, like it or not, was one of the most effective leadership exercise ever performed in history. Singapore’s history of transformation is among very few transformational cases the world ever witnessed.

Let’s be fair. How many metropolitan city mayor or capital governor achieve what Lee had achieved in his term leading city-state of Singapore? Well, some of them just make the city better, but do not necessarily transform the city fundamentally. How many authoritarian leaders really bring a positive transformation into their country? Most of them end up just create impoverishing tyranny. Singapore is now ready in all aspects toward the ASEAN Economic Community at the end of 2015, and the Asia Pacific Free Trade area in 2020, something other ASEAN countries is still working on. The late Mr. Lee has given us a very good example of what transformational leadership and management looks like in reality.

And example all leaders, managers, and all practitioners in organization and people management can learn from. 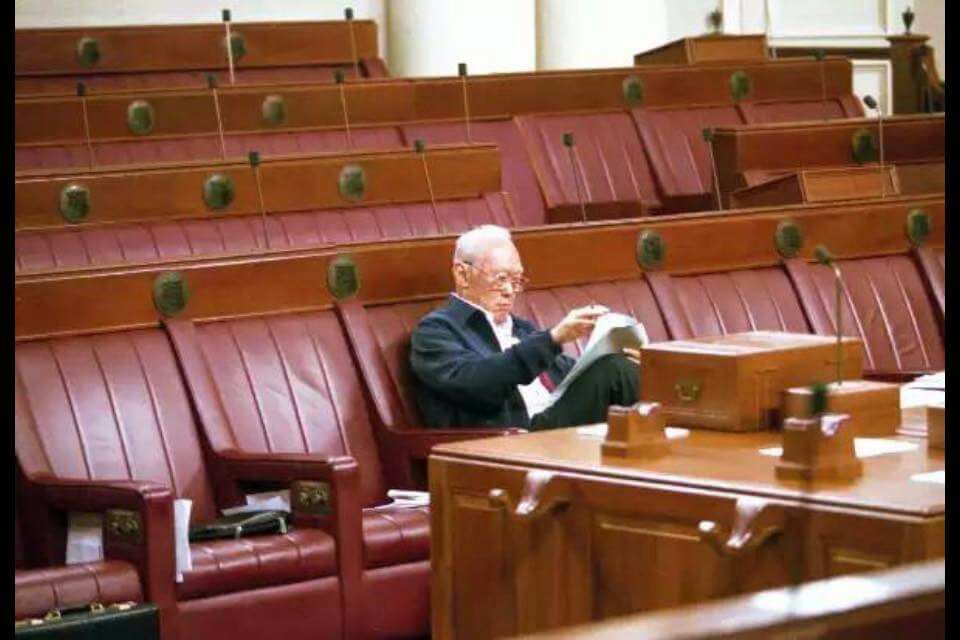 Why it had worked, and why it might not work anymore

As ASEAN embracing its future, what is the relevance of Lee Kuan Yew’s legacy in that? The root of this question lies in the fact that ASEAN’s citizen are now filled with a new generation, dominantly generation Y and the increasing generation Z or the Millenials as some choose to call them. These two generations are very different with the Baby Boomers and generation X, generations upon which Lee Kuan Yew’s style of leadership fits well into.

I think, while Lee Kuan Yew’s legacy is evidently effective in Singapore, it does not necessarily applicable to ASEAN. ASEAN is a complex community that has multifaceted aspects, with much more diversity and disparity within it, in contrast to Singapore.

Lee’s approach is a style that effective in a solid governance system with a society that is manageable enough to be solidify under one strong guidance. While this fits well to Singapore characteristics, it is not for many other ASEAN countries, Indonesia for an example. Singaporean society has shaped itself into a high disciplined society that put effectiveness and firm governance in the mindset for almost everyone.

Indonesia, in contrast, is a diverse society that is still dealing with itself. While in Singapore, clarity is easy to find; everything is a bit greyish and compromising is necessary in almost every aspect of life in Indonesia. From what I understand, Thailand, the Philippines and other countries are somewhat closer to Indonesian than the Singaporean case.

Lee Kuan Yew’s style of leadership has its own limitation. It will only works with a manageable size of community where control through formal institution can fully align with informal social control. It will also require a society that aspired to strive through hardships and limitation of individual freedom to achieve social and economic status.

But that is not the case of the latest generation Y and the Millenials/generation Z.

The new generation is taking over – new leadership styles are necessary

If we add the factor of changing generation, we will see that even the future generation of Singapore will be different with the people Lee lead during his time. The latest generation Y and the Millenials are shaped in the world where freedom and creativity is rewarded, and forceful regulation is seen as restraint. They are people where formal institutions losing credibility, and community based movement are emerging in many aspect of life.

Hence, ASEAN communities in the new future will be much more similar to one of another than what we seen in the last three decades. They will be mostly influenced by the Millenials’s value, which globally shaped through the overarching idea of individual rights and network of information that available for almost everyone.

ASEAN need to create its progress in the Singapore advance itself, as the year 2020 is already in front of everyone’s door. Therefore, we need effective leadership like the one Lee Kuan Yew has shown in Singapore. However, new societies will be formed in each of ASEAN country members, fueled by mostly the Millenials values. New leaderships are expected to lead these new societies. These leaderships are expected to be effective more than ever, but not through the way Mr. Lee had exercised for years, simply that the new generation will not find that attractive and inspiring enough to follow.

In a way, ASEAN leaders is now facing an opportunity to invent a new style of leadership that inspire people to move together to deliver effective result immediately, instead of forcing compliance on them.